A downloadable game for Windows and Linux

In Brushwood Buddies, an unusual puzzle game, adorable creatures will enlist your help to craft various items as they journey through forests, grasslands, and villages! Discover tons of recipes, and find clever ways to manage inventory space and resources while keeping your buddies happy. Be prepared for a variety of puzzles throughout the whole campaign!

Challenge modes allow experienced players to earn their rank on the local leaderboards or compete against players worldwide in the Steam version. You can even create and share puzzles with your own items and recipes, too!

Includes a Steam key which can be redeemed.

In order to download this game you must purchase it at or above the minimum price of $3 USD. Your purchase comes with a Steam key. You will get access to the following files:

Cute and well done puzzle game in the vein of Doodle God style crafting puzzles. You have a variety of locations and need to craft items with what you are given, creating an ever more complex chain of crafting puzzles, which is simultaneously one of the biggest strengths and weaknesses. The game has over 100 puzzle recipes that are genuinely interesting to figure out with the restrictions that the game imposes on you. Due to the nature of the recipes becoming increasingly more complex and relying on older recipes, you will retread them a lot, which takes a bit away from the excitement. The UI also could use some more obvious clues, but overall, its a cute little puzzle game thats worth checking out if you enjoyed games in the crafting puzzle subgenre. 3,5/5

I'm struggling to learn because the tutorial doesn't tell you that rocks randomly turn into flint or grindstones; the mention of random generation instead of only having to destroy stuff would have completely cleared up my massive confusion. And if they're not random then I misunderstood something and I feel like something was not taught correctly. If it's character-dependent on the two starting protagonists, then I have no idea of how to consistently move one particular character to one particular spot.

It also doesn't tell you that grindstones don't get consumed in the crafting process (I know they don't in real life but I thought in the context of this being a computer game, all 2:1 combinations become 1), so I got really confused about whether I made something, because the sharpened flint and flint were imperceptibly different on my monitor against the dark background behind the micro islands, so I thought that nothing had changed. There are so many easy ways to fix this UI problem, which could all possibly even be combined but none of them were taken:

Additionally, the dark buttons of knives, machetes, etc. against an already-dark background make them very hard to see, so I didn't even see that there is an equation at the bottom of the crafting chart. It would be way more helpful if their background buttons could be light-colored instead.

Lastly, the options screen in the main menu was a bit weird and sort of claustrophobic to pan through, since it only shows so much of the settings on the screen at one time; it would be nice to see a far taller column on either the left or right sides of the game screen.

I'm sorry, but I can't currently recommend the title to others because of these UI problems, but I will instantly change my mind once these are addressed. The graphics and audio work rock, at minimum.

Thank you very much for the honest and very detailed feedback, I wished I had you as a tester during development!

The tutorial and the communication is indeed not good and a case of style over substance, a mistake I learned a lot from as a game developer. The generation of items is shown below the craft respectively destroy button and is independent of the characters; their movement doesn't matter and is decoration only.

I hope I'll find the time to make a proper update of Brushwood Buddies in the future and bring it to a newer state (I used quite some old tech developing it!), but the low sale figures made it kind of hard to justify working on it as I do game development and illustration as a living.

Nonetheless and independent of an update, the lessons and points you and others brought up will definitely have an influence on future efforts of mine (especially UI design)! ♥

Ah, makes sense, and thanks for the explanation of where to find item generation; I should have noticed that. Anyways, it is possible that my monitor colors may be off.

Frankly, if you're ever up for a rewrite, I think this work of art is perfect for the Nintendo Switch and phones (where the meat of the money could come in through ads if the game itself was free, possibly). Too bad I had never heard of it apart from the bundle just now! 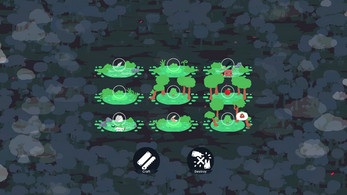 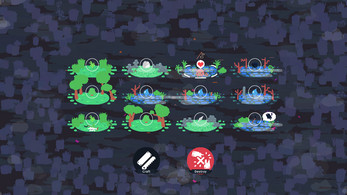 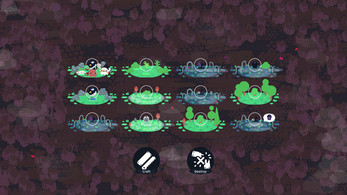 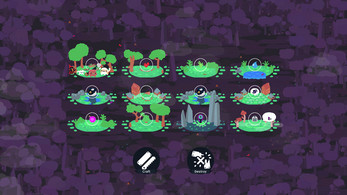 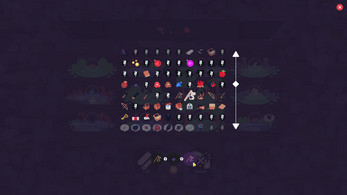