After releasing Isle of Lore 2: Hex Tiles Regular in November, a tabletop RPG designer named Steve Wright hit me up to draw a bunch of terrain icons in a compatible style for the adventures he is writing. We agreed on a non-exclusive job and as a result, he sponsored the creation of these icons, making them available for purchase to other designers as well! 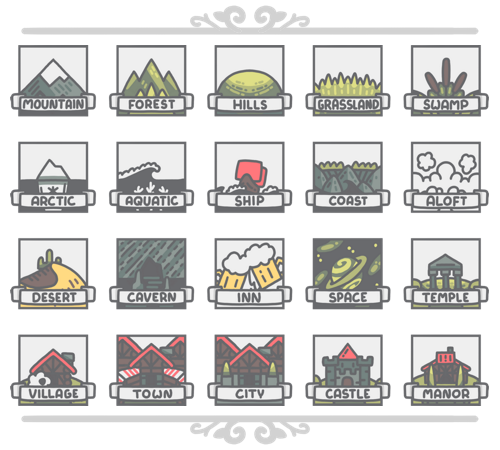 The set consists of 20 terrain icons as well as 20 mini icons and their source files. With 3 palettes (colored, grayscale and black&white), 3 shapes (diamond, square and circle), multiple border and label styles, they are ready to use in print products and video games alike, be it as a category header, communicating what types of adventure your players are heading into, as on-map icons together with my hex tile set or straight as icons in a game's interface. 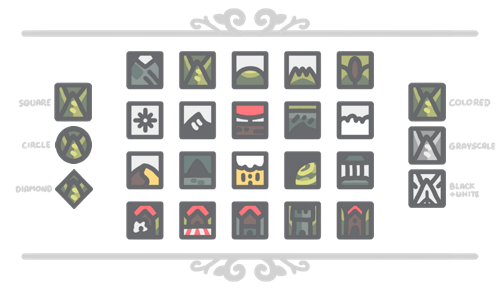 The mini icons can be used in a body of text, for example to reference a special location like the

Eerie Forest, the little grove nobody likes to talk about!

As always, Mailing List subscribers received an exclusive 50% coupon for the Terrain Icons. The promotion is over, but if you want to save money on future asset packs, go ahead and join the list!

See you there,
Steven Colling

Terrain/biome icons for your game or print project!